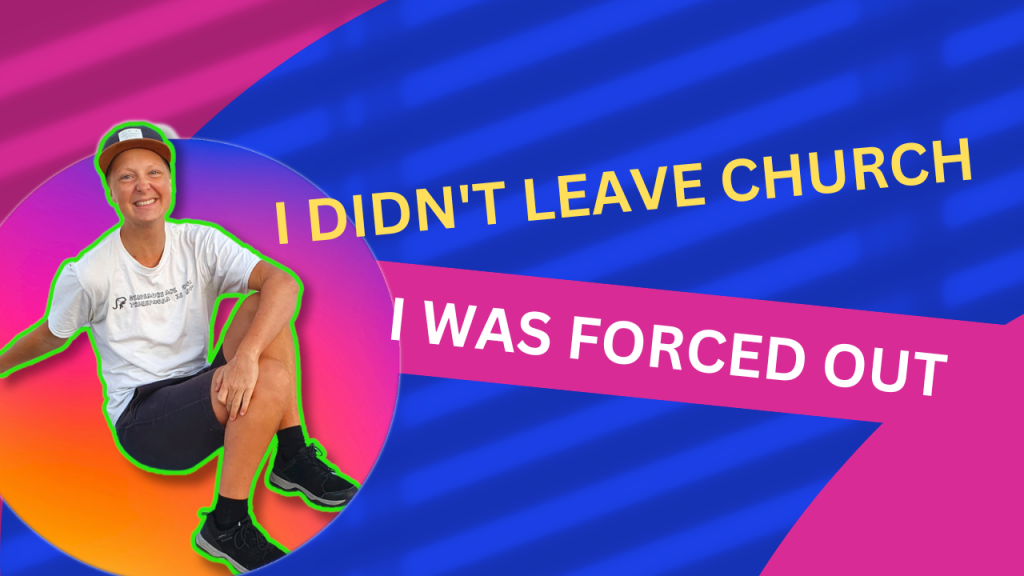 I must admit that I have a positive prejudice of many developed countries that LGBT+ people have it easy. Talking to people from these countries makes me aware that this isn’t true. Oliver tells his story of coming to terms with being trans, about the physical and mental challenges, and about his experience and pain inflicted by the church. Though he already experienced a lot of healing he still fights the inner voices of the past. 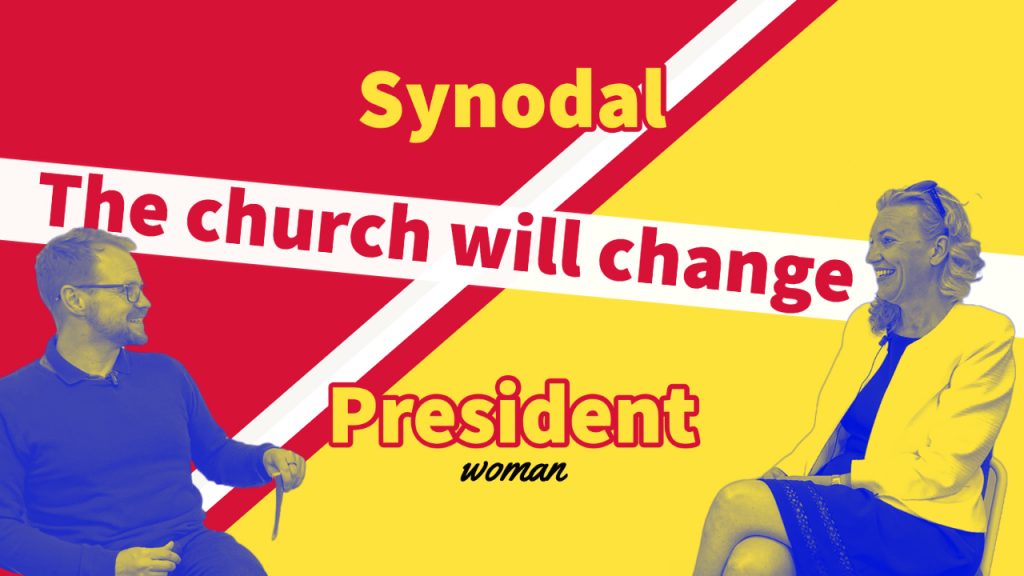 Looking at the happenings within the Catholic Church it is sometimes so discouraging. It seems like it will never change. Although there are some steps forward, it seems like there are several steps backward. Talking to the first woman president of the Syondal council in Zurich was encouraging for several reasons. First of all to se a woman as the head of this council. Second, she is fighting for rights on several fronts, but she is also showing us that the church can be different and we can move away from the old ways of the hierarchical functioning of the RCC. She is a voice for the discriminated and a voice for a more just church with shared power. 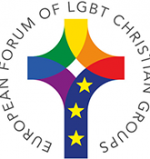 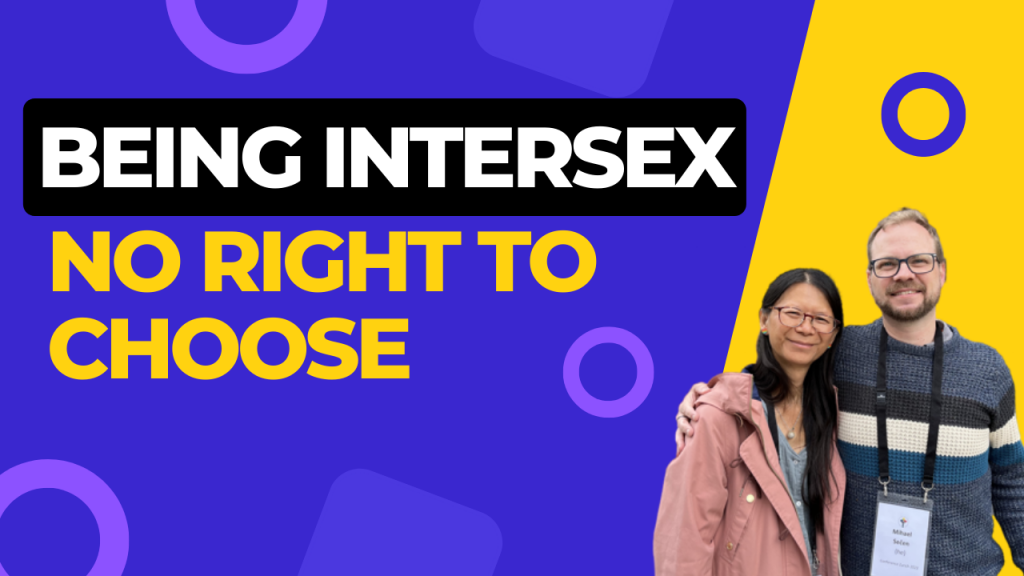 Before I start to write about the podcast itself, I have to share how moved I was throughout this interview. Small Luk, her vulnerability in sharing her story, her experience and drive to help intersex people around the world is inspiring and I find it hard to believe that it will leave you indifferent. Small dives into details of what she had to go through as an intersex person where others made the choice of what she is going to be. I strongly recommend watching the full version, as you will only get part of the story, her emotion and depth she goes to.

The European Forum of LGBT Christian groups had its annual conference in Zurich, Switzerland where I used the opportunity to interview some people. One of them was Csongor Kozma who is the director of the Paulus Akademie. The Paulus Akademie is a Catholic centre for dialogue and yet its director is gay, with husband and daughter. I wanted to know how this works, what are the challenges and how accepted he is as an openly rainbow family man. As a theologian with a focus on Ethics, I wanted to know how much his identities influenced this choice. Well, Csongor is much more than this. To find out, take a look! 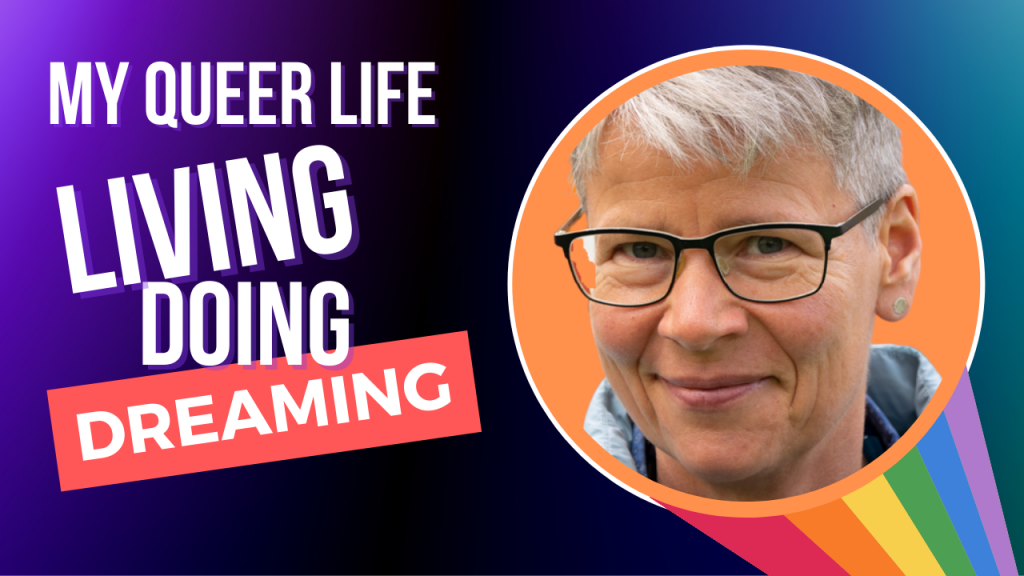 Kerstin is once again our guest. This time she talks about her personal life, how she became a pastor, an activist, writer, counsellor. She tells the story of her and her wife, their journey towards marriage after 16 years together. She finishes with what she is up to now and sharing her dreams. 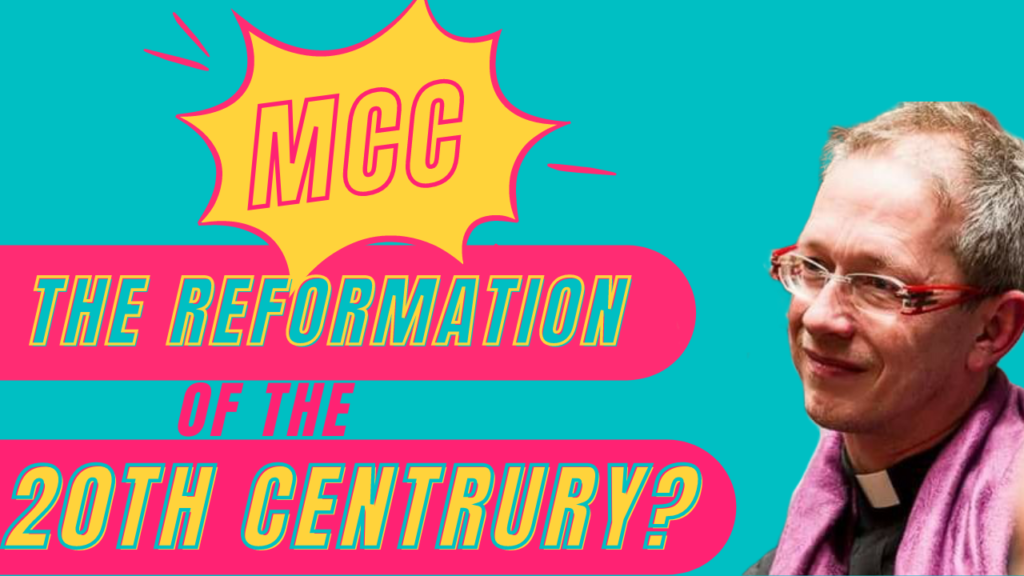 In the very beginnings of the gay liberation movement, there was one church that recognised the need to be there for the outcasts of the time. Of course, not everything was rosy and the road ahead was a challenging one to travel on. But brave people took matters into their hands to create a church for all. There are still challenges to be mastered, there are changes to be made and there are shortcomings to recognise and resolve. Get to know how the Metropolitan Community Church started, what it had to do with the Pride Marches and how it took on the challenges since its beginnings. I talked to rev. dr. Axel Schwaigert about MCC about the good and hard.

​This podcast is part of the project “Let Us be Heard” and is partially financed by:​ 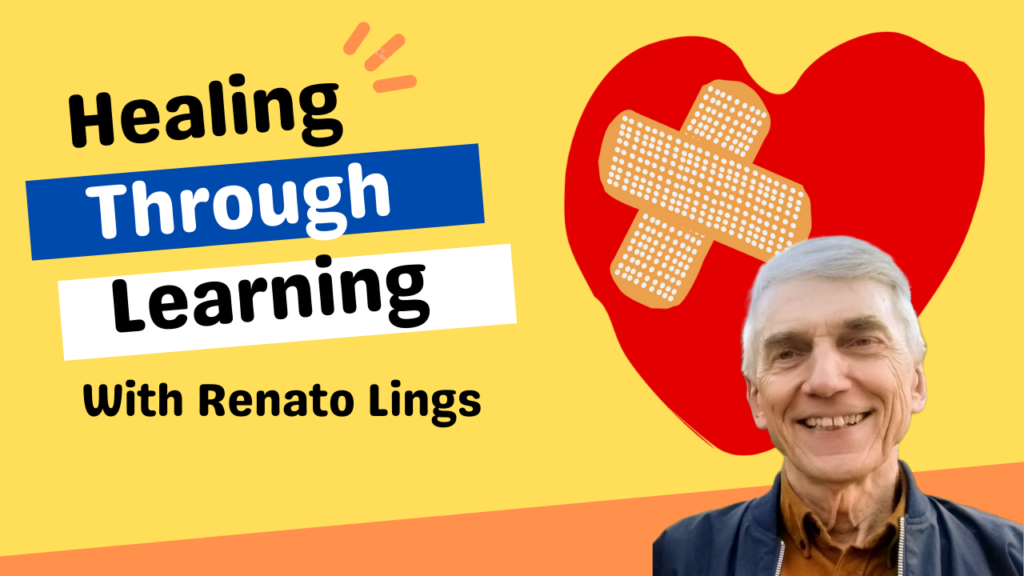 A few weeks ago, Renato was my guest where we talked about his book. This interview is about his personal life and how a sentence said by a professor haunted him through his life. Through learning and a few meaningful experiences he found his way towards healing.

LINKS TO THE BOOKS RENATO WROTE:
(we didn’t want to give big companies the benefit of putting their link here, so we are giving a general link and encourage you to find alternative bookstores to rather support them)
Holy Censorship or Mistranslation? Love, Gender and Sexuality in the Bible
Love Lost in Translation – Homosexuality and the Bible 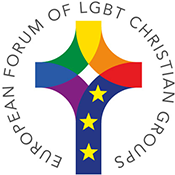 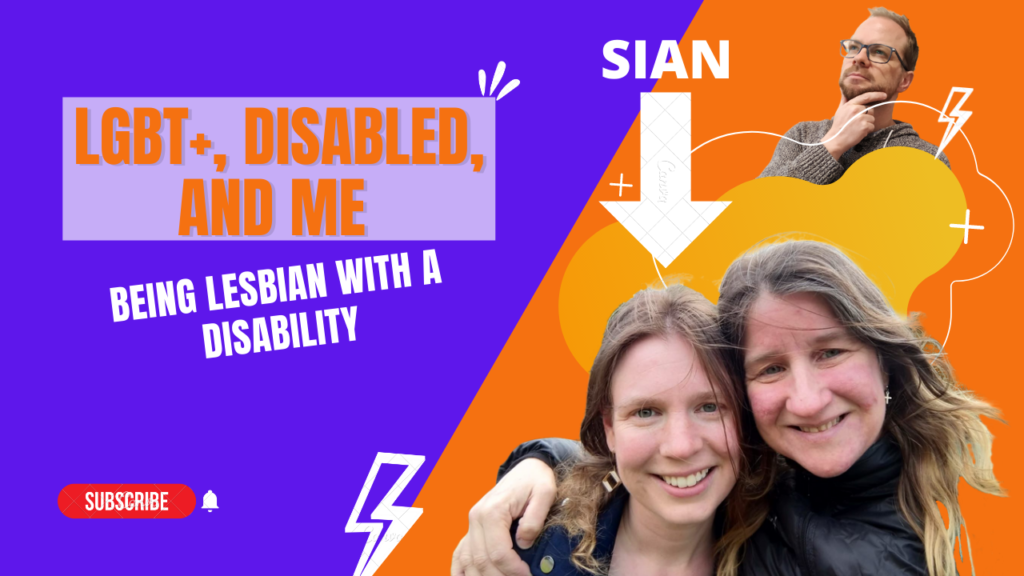 Fighting discrimination against LGBT+ people, we often forget that there is discrimination even within the LGBT+ spaces. There are people living on the intersectionality of different identities that are out of our vision. Sometimes it is important to stop and look around and identify is some being left out. There are topics we need to discuss and one of those is being LGBT+ and living with a disability. Adding to that, we are often oblivious to the challenges they are facing and how the Bible is often used to dehumanise them and treat them as not being whole. Their LGBT+ identity is adding to their impression that wholeness is even more out of their reach. What was it like to grow up with a disability in a faith community? What can faith communities and groups do to make a better job in including people with disability? How do we approach the topic of disability? How can we do better? These and other questions I  discussed with Sian Jones.

BOOKS AND OTHER LINKS:
The God I Love by Joni Eareckson Tada
The Disabled God by Nancy Eiseland
LGBT + disabled organisation

How is it to live on the intersection of so many identities? Farah tells us her story of leaving her homeland to find a life without discrimination. Still, with all her identities it is hard to avoid it. Still, even with all the discrimination and challenges she tells us about her blessings and awareness of having privilege in some aspects. It is an encouraging story of finding a new life, new hope and using past experiences to help others around the world. 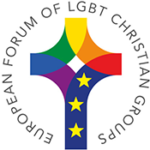 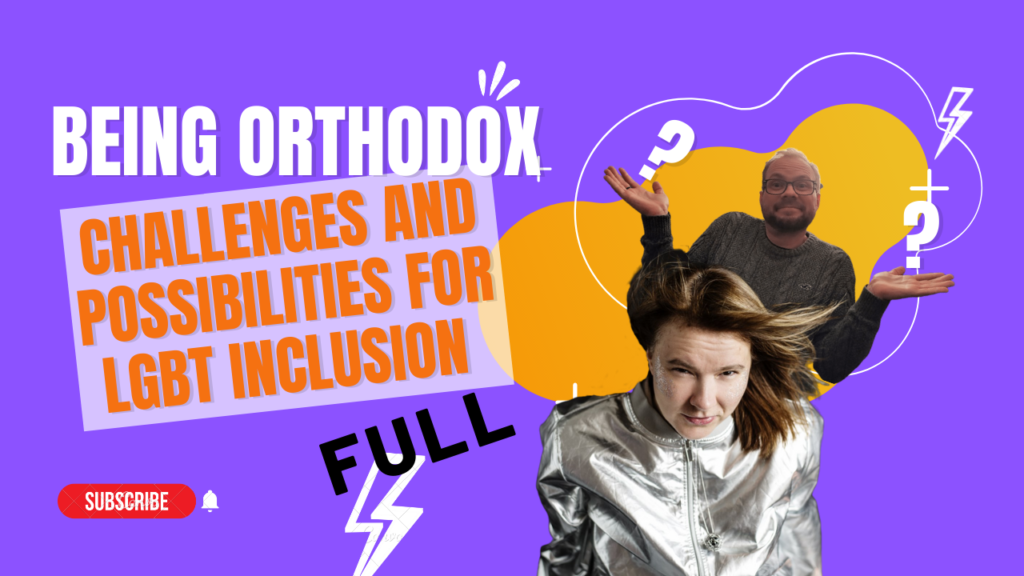 It has been long due to talk on the Priceless Podcast from the Orthodox perspective. Natallia Vasillevich is an Orthodox theologian and considers herself to be part of the LGBT+ identity. With her words, if you cant find a letter for her, she is the +. Through her personal story, she tells us about her journey of discovering herself in a very gender defined world and what she discovered in Orthodoxy for herself. She also talks about what it means to be a LGBT+ person in the Orthodox church, what the challenges are, but also the possibilities.